Up until 1890, the whole area of the Tenryugawa River basin
from the upper Kawagishi (Okaya city) to the lower Kojinyama is
known to be a famous place for beautiful fireflies. Masses of fireflies could
be seen flying and dancing anywhere around this area.
Since there were quite a lot of fireflies,
a bridge once called Ayuzawa-bashi near Kawagishi-station changed
its name into Kankeibashi(Bridge for Watching Fireflies)
at the time of rebuilding in 1879.
In 1910, the river began to be polluted due to the development of
silk-reeling factories and most of the fireflies changed their habitats
downstream, which was the area around Kamihiraide.
In those days, Shimotatsuno was bustling because the railway had opened,
and the town was so crowded with a lot of visitors to see fireflies.
By the middle of the Taisho period, however,
the number of fireflies had decreased rapidly because the local residents
and the visitors could catch as many fireflies as they wanted.
Some people even tried to catch the fireflies with the aim of selling them. 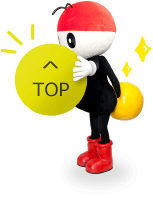 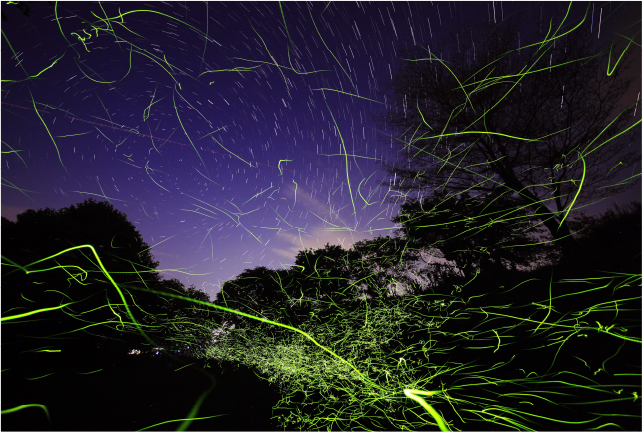 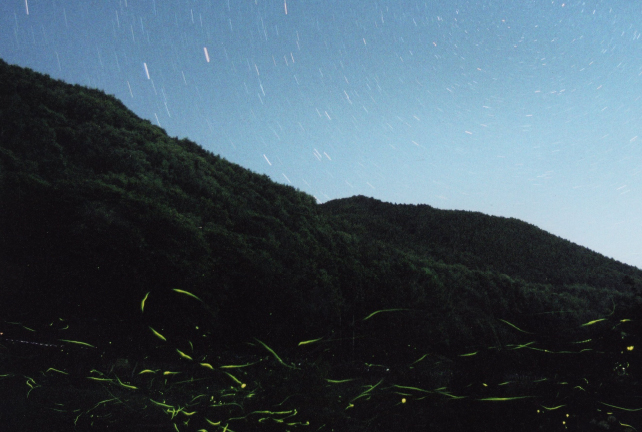 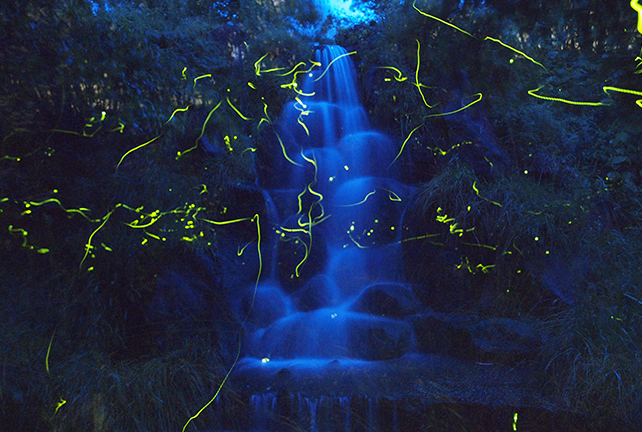 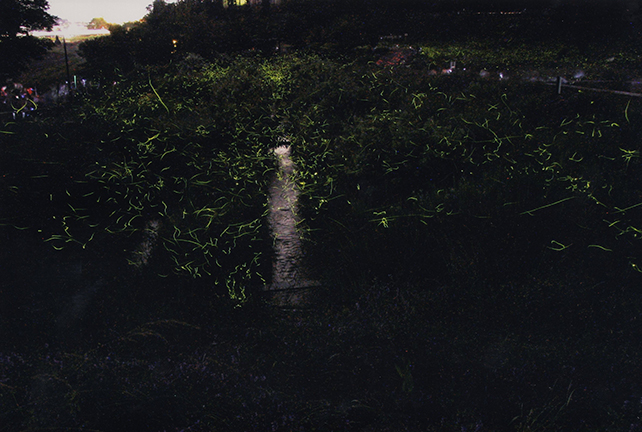 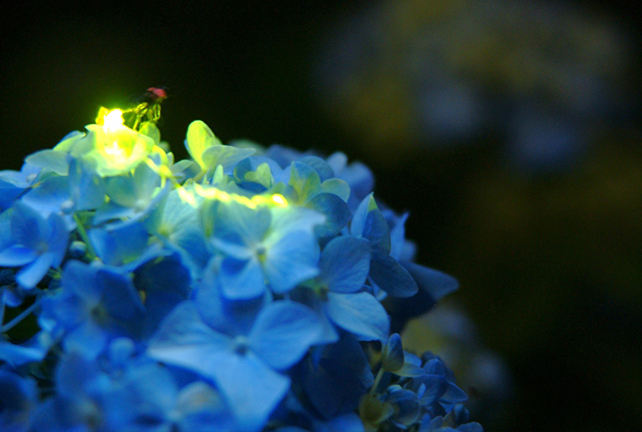 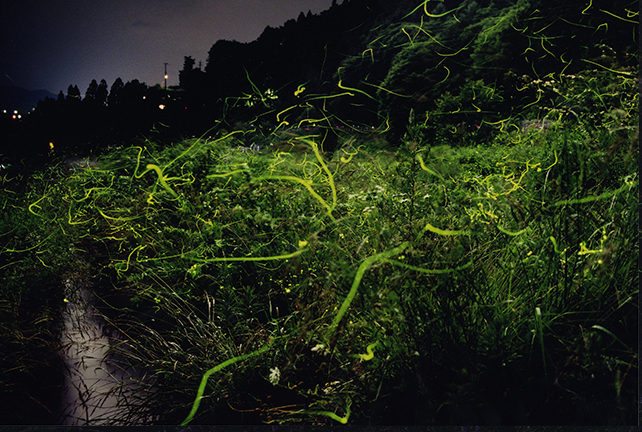 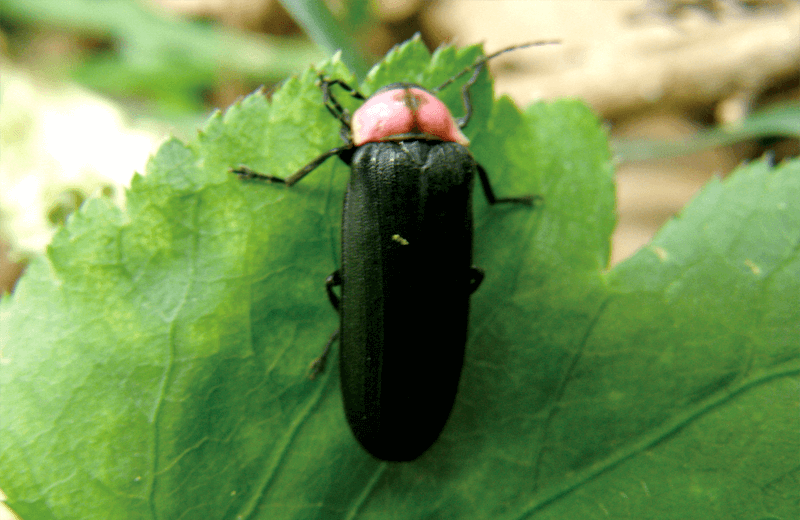 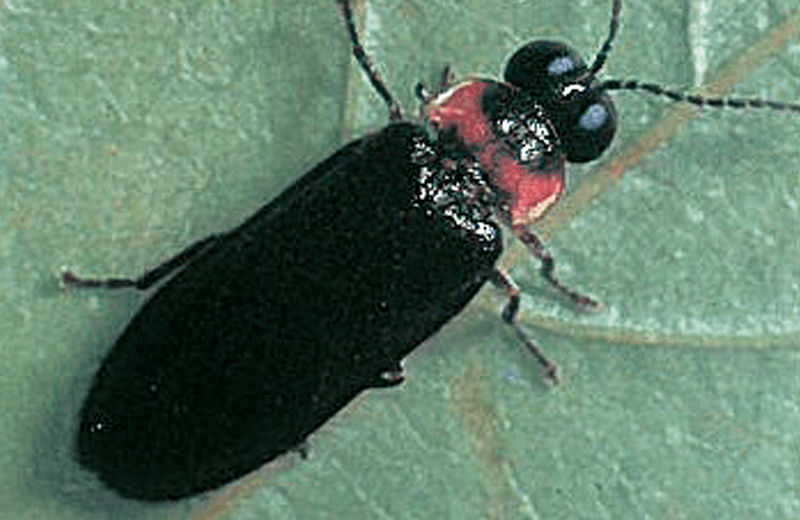 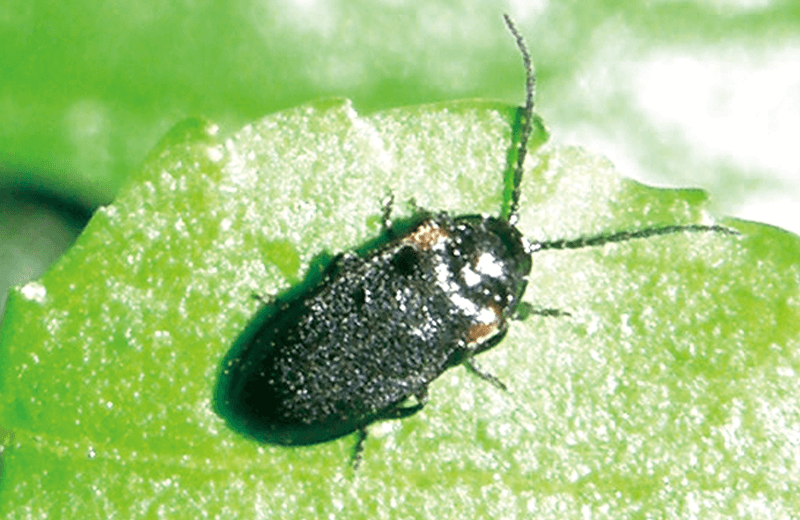 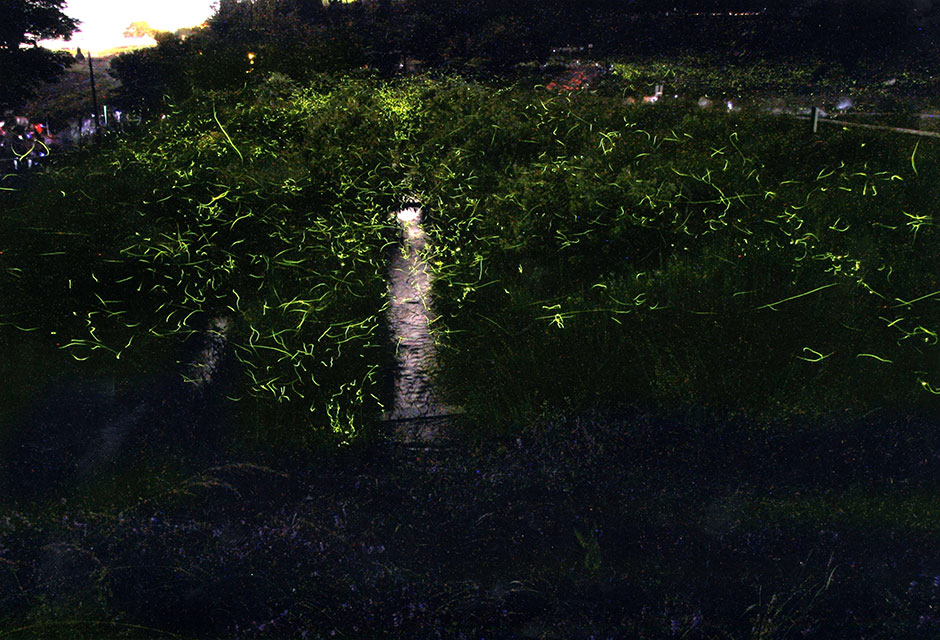 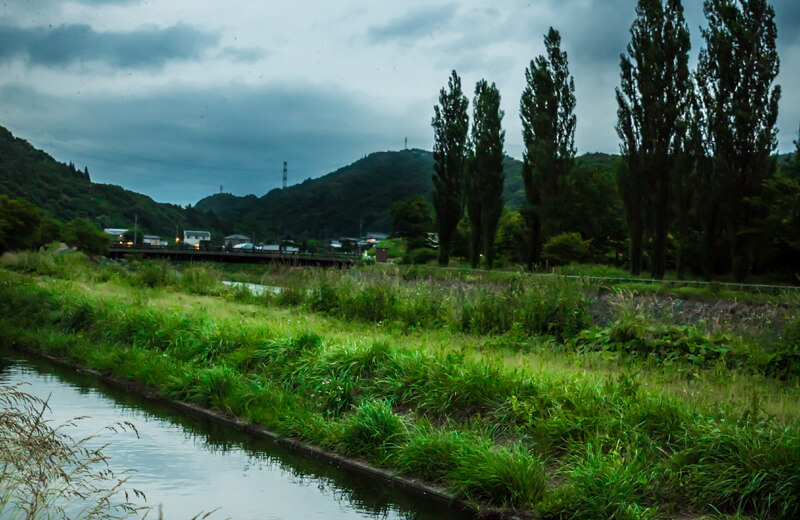 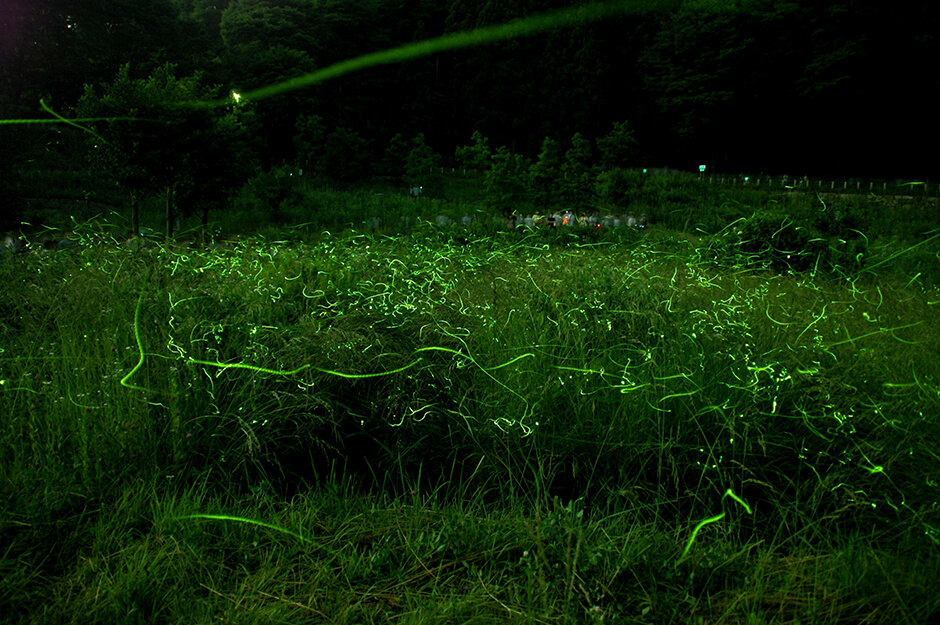